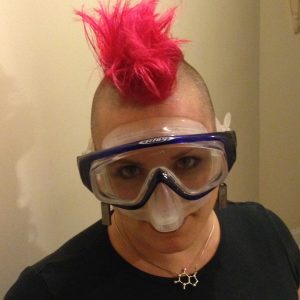 I started and maintain a free open source IT asset management application called Snipe IT, and wrote a silly browser plugin called Downworthy that got a bit of press in early 2014.

I also run a funny Tumblr for devops/infosec/developer type people, and one for cranky haikus. Oh, and I made LessThanThrees, and run LovingLowCarb.Net.

I’ve been lucky enough to do some cool stuff in my forty-something years (more than half of which I’ve spent making stuff online). Some quick and interesting tidbits (in vaguely chronological order):

And finally, Craig Engler, Senior Executive at SyFy, immortalized one of my tweets (seen in the header of this page) at the 140conf after I had explained my displeasure at their version of a Lovecraft classic.

His response to my tweet was nothing short of epic. He sent me a DM cheerfully explaining that everyone at SyFy “hoped I was feeling better soon!” Apparently, he still uses that example at conferences when he presents, so I end up getting random flurries of @replies from complete strangers referencing my rectal problems.

If you want to hear more, follow me on Twitter. (You may want to check out my warning about following me on Twitter, and my caution on why I may not follow you back on Twitter  if you’re a wanker before following, though.)